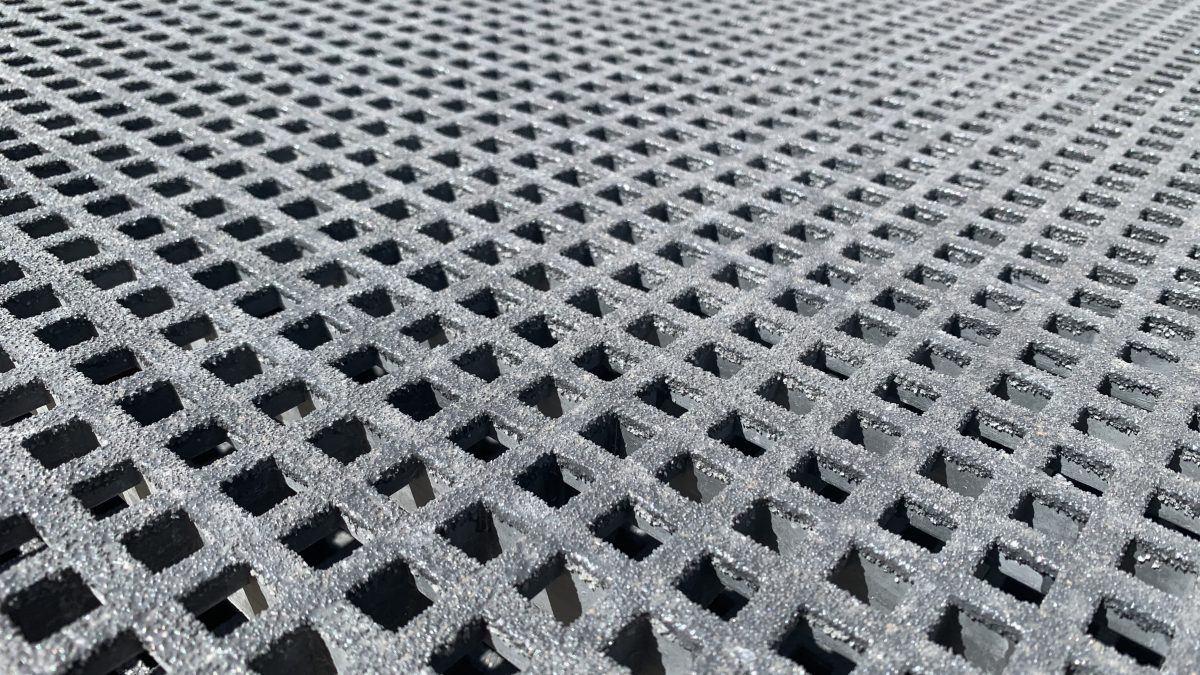 Fibre Reinforced Plastic (FRP) – also called Fibre Reinforced Polymer – is a composite material manufactured by combining a matrix of polymer resins reinforced with specific fibres. FRP is stronger by weight than most of its traditional alternatives including steel and aluminium.

What exactly is FRP made from?

FRP is a matrix of fibres and resins. There are several fibres commonly used in manufacturing FRP and these are generally responsible for giving FRP its strength. Common fibres include carbon, basalt and Kevlar, however, the most commonly used is glass fibre.

The polymer resins used in FRP help determine its ultimate physical performance including its flexibility, chemical resistance, electrical conductivity and thermal properties. Most resins used in FRP manufacture are of the thermosetting type. The resin is ‘cured’ under low heat or pressure and once formed it can’t be reformed or melted. Thermosetting resins typically include Orthopthalic, Isopthalic, Vinyl Ester and Phenolic resins but are not limited to these.

What’s the difference between FRP and GRP?

Is glass reinforced FRP the same as Fibreglass?

The answer is ‘not exactly’. Fibreglass is created when glass is spun into a fibre form. This glass fibre can be used without any additional resins in items such as ‘glass wool’ insulation. Although the addition of resin to glass fibres can be called FRP, the glass in what we commonly think of as fibreglass is laid in mats with multidirectional or random fibre distribution.  The glass fibres in FRP are generally laid in uni-directional or bi-directional patterns and evenly distributed throughout the resin matrix (all neatly lined up in one or two directions) to meet specific strength and flexion requirements.

Want to learn more about how TerraGrate can tailor FRP resins to suit your specific needs?

How Green is FRP?

How Green is FRP?

has been added to the cart. View Cart